2 free Steam games for the weekend 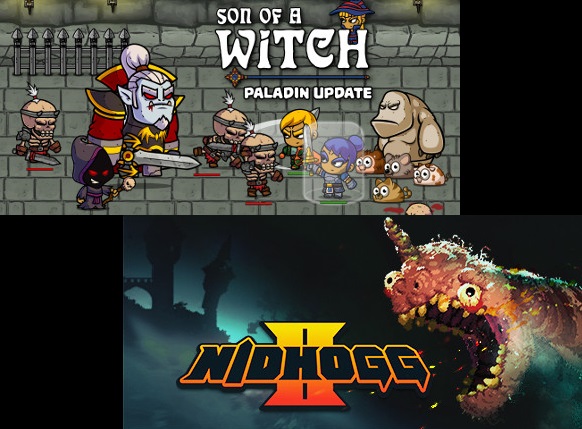 Steam players were offered free access to 2 different projects from several development studios at once. Gamers can try out the full versions of games like Nidhogg 2 and Son of a Witch for free.

Free weekends for Son of a Witch games from Bigosaur and Nidhogg 2 studios from Messhof started on Steam, in which absolutely all gamers can play for a few days. Both games are available for passing until May 27, and you can download projects to your PC right in Steam, by going to the page of each game, and clicking the “Play for Free” button. After that, you can immediately proceed to the game.

Nidhogg 2 was released in 2017, and is still in early Steam access. The game is a two-dimensional stylized action game in which all that is required of gamers is to complete a level, destroying everything that stands in the way. Now the game has mostly positive feedback from gamers. As for Son of a Witch, released in 2018, gamers rate the project very positively. In this adventure game, gamers can team up to 4 players to clear dungeons from enemies and bosses, in an attempt to get the best weapons and magical artifacts.