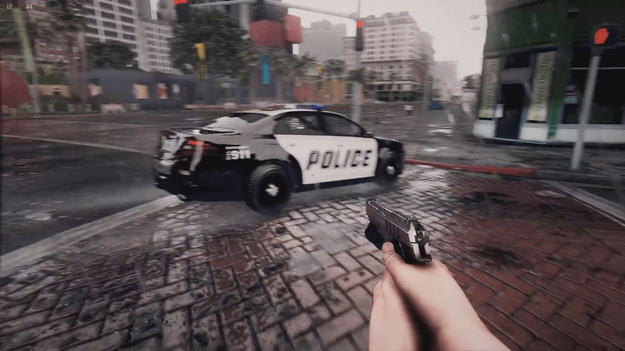 Expected by many gamers action game Grand Theft Auto VI from Rockstar Games was confirmed by one of the studio developers involved in the development.

Information about GTA VI, or rather about its development, which is currently underway, became known thanks to the resume of the former developer of the studio Rockstar.Bibin Michael, who is a 3D artist with a lot of experience, said in his resume that he worked on GTA 6 the period from December 2017 to April 2018. It is known that Michael also worked on the game Red Dead Redemption 2 from the same studio Rockstar Games, and therefore the information that the artist really worked on GTA 6 is likely to be true.

It is worth noting that at the moment this is one of the most important evidence that Grand Theft Auto VI is indeed in development. Recently, there have been a lot of rumors around the next part of the famous GTA 6 series. For example, it was reported that developers are looking for new employees: a senior environmental artist and a specialist to develop mocap tools. The latter, in turn, will have to work on “the most ambitious game studio,” because of which many have begun to assume that the developers really make GTA VI. In addition, it was reported that Rockstar Games is going to make the next generation of graphics in its new game.

Recently, the alleged location of the game GTA 6, which can take place in several large cities, was also reported. It is noted that such cities will be exactly Liberty City and Vice City. the prototypes of which are New York and Miami. Thus, the future game Grand Theft Auto VI can indeed become the largest game in the history of Rockstar Games, at least in terms of the size of the game world. In addition, it was reported that the expected action at first may be exclusive to the PlayStation 5 console. It is noted that Sony has been negotiating with the publisher Take-Two and offering a lot of money for GTA 6 to be exclusive for PS5 for months for only a month. after that, already released on other platforms.

So far the game Grand Theft Auto 6 has not been officially announced. However, according to some rumors, the release may take place as early as 2020, and on the consoles of the new generation PS5 and Xbox Two (Scarlett). In addition, many gamers are also waiting for the release of the game Red Dead Redemption 2 on the PC, the official announcement of which, according to rumors, will take place on April 22.