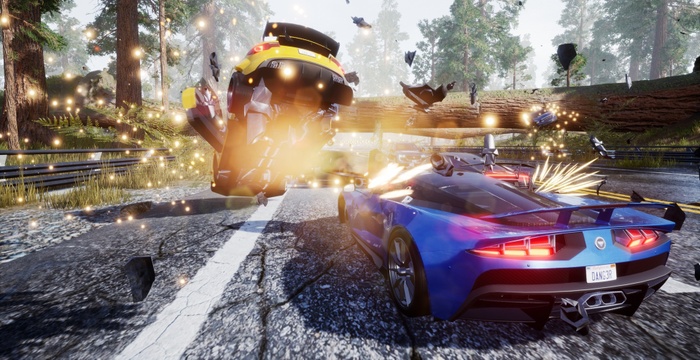 Dangerous Driving project from Three Fields Entertainment studio will be released on April 9 on PC, PS4 and Xbox One

Once upon a time the studio Criterion Games was considered a true master of the genre of arcade racing at insane speeds, and one of its main series was the famous Burnout. Unfortunately, at some point the studio was closed, and all its employees were scattered across other game companies. But two of them – Alex Ward and Fiona Sperry – decided to set up their own studio called Three Fields Entertainment in order to continue developing their favorite genre.

The next game of the studio will be Dangerous Driving – an arcade car shooter with high speeds, crashes, and various game modes. In total, the game will have seven large locations with 30 different tracks.

Release Dangerous Driving is scheduled for April 9 this year. The game will be released on PC, PS4 and Xbox One. On personal computers, the game has become an exclusive store Epic Games Store.